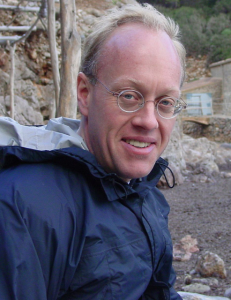 Chris Hedges is a columnist, a Pulitzer Prize-winning journalist, a New York Times best-selling author, a professor in the college degree program offered to New Jersey state prisoners by Rutgers University, and an ordained Presbyterian minister. He has written 12 books, including “War Is a Force That Gives Us Meaning” (2003) was a finalist for the National Book Critics Circle Award.  His other notable books include: “Empire of Illusion: The End of Literacy and the Triumph of Spectacle” (2009), and his latest book is "America: The Farewell Tour" (2018).  He also hosts the show, "On Contact," on RT America.

Hedges spent nearly two decades as a foreign correspondent in Central America, the Middle East, Africa and the Balkans.  Much of that work was for the New York Times, where he stood up to the corporate media by resigning after receiving a formal reprimand from the newspaper for publicly denouncing the George W. Bush administration’s invasion of Iraq.  Hedges holds a B.A. in English literature from Colgate University and a Master of Divinity degree from Harvard University.

Enjoy the show?!  Please leave us a review right here.

Check out our t-shirt store on Spreadshirt.com

Not a contributor on Patreon? You're missing out on amazing bonus content! Sign up to be one of our contributors today! - www.patreon.com/fortressonahill

A special thanks to our honorary producers - Will Ahrens, Gage Counts, Fahim Shirazee, Henry Szamota, James O’Barr, Adam Bellows, Eric Phillips, Paul Appell, Julie Dupris, Thomas Benson, and the Statist Quo Podcast.  Without you guys, we couldn't continue our work.  Thank you so much!!!

Not up for something recurring like Patreon, but want to give a couple bucks?!  Visit Paypal.me/fortressonahill to contribute!!

Note: The views expressed in this podcast are those of the hosts alone, expressed in an unofficial capacity, and do not reflect the official policy or position of the Department of the Army, Department of Defense, or the U.S. government.