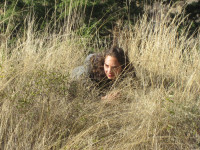 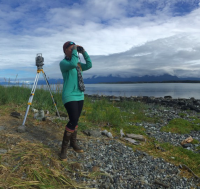 Nikki Martin delves deep into a wide-ranging conversation with Dr. Laurel Symes and Dr. Michelle Fournet about their work as well as their experiences of being women leaders in higher academia and in the life sciences fields. This segment will not feature nature sounds, (I know, I know, you have to wait until March 30 for the new segments). However you can hear recordings from Laurel's and Michelle's work by following the links below.

Dr. Laurel Symes's research was featured in the September long-form from Panama. Her and her team focus on hunter-prey cycles and evolution between bats and katydids. This was guest hosted by Bill McQuay of Ecolocation Sound.

Dr. Michelle Fournet's research was featured in the December long-form of global whale recordings from 1964 to 2015 hosted by Nikki Martin. We spoke about humpback whales as well as current policy conversations and research science surrounding hydrocarbon extraction in the oceans.

The last installment of the Insectuality piece airs March 30th from 12 am-3 am. Also guest hosted by Bill McQuay who recently returned from the field in January. It will contain the elusive and much sought after long plays of the ultrasonics first explored way back at the beginning of Threshold Shift on Thresholds of Hearing:  The World Beyond Our Senses. It will also feature new sounds of tremulation recordings (where the bugs actually physically play portions of their immediate environment to communicate) as a bonus for those who have waited so long.