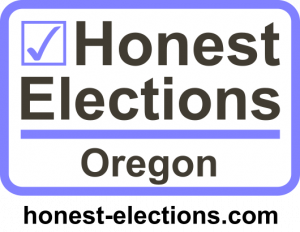 Oregon is a state that enjoys certain electoral protections that other states have struggled to maintain, like automatic voter registration, and mail in ballots. But the election process in the state is far from ideal.

Ballot Measure 107, however, opened the door for campaign finance reform in the state. It was passed by an overwhelming majority of voters, 78%. It amended the state constitution and now allows the state and local jurisdictions to make new laws limiting campaign contributions, creating disclosure requirements and public financing options.

Measure 107 made the opportunity for reform possible, and now, two bills in the Oregon Legislature, HB 3343 and HB 2680, aim to tackle it. KBOO's Althea Billings spoke with members of the Honest Elections Coalition to learn more about the legislation they are supporting, and the importance of campaign finance reform in Oregon.

Comments from Cristina Nieves, the associate director of Common Cause Oregon, Nathalie Paravicini, steering committee member of the Pacific Green Party, and Beth Rotman, Director of Money in Politics & Ethics for Common Cause.

Update Required To play the media you will need to either update your browser to a recent version or update your Flash plugin.
Download audio file
Topic tags:
Activism, Elections, Government/Politics