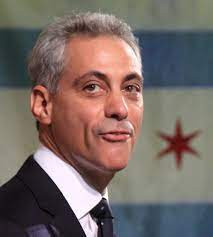 In response, a coalition of organizations has submitted a public letter to the administration saying that they strongly oppose the nomination of Emanuel to be a U.S. ambassador, saying that he lacks the necessary ethics and integrity for the post.

For more, KBOO's Jenka Soderberg spoke with Kristi Sanford from the People's Lobby, one of the groups organizing the effort to oppose an appointment for Emanuel.

Update Required To play the media you will need to either update your browser to a recent version or update your Flash plugin.
Download audio file
Topic tags:
Global Affairs, Government/Politics