Joseph Gallivan interviews Sara Krajewski of the Portland Art Museum about Being Present. 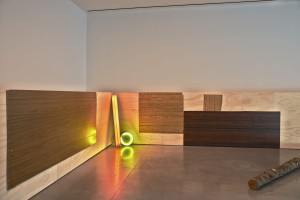 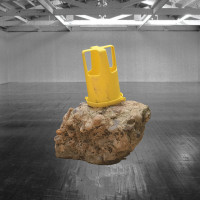 Joseph Gallivan interviews Sara Krajewski of the Portland Art Museum about Being Present.

On Tuesday June 2, 2020, Joseph Gallivan interviews Sara Krajewski of the Portland Art Museum about Being Present. This meta show is a critique of the Portland Center for the Visual Arts, which flourished in the 1970s and 1980s. Being Present will be up until November, with the museum expected to reopen in July or August.

From 1972 to 1987, the Portland Center for the Visual Arts (PCVA) was a major force in the Pacific Northwest, introducing progressive forms of contemporary art from around the country to Portland audiences. Temporary site-specific installations by major, mostly New York-based sculptors, announced its early ambitions. Later, an impressive schedule of avant-garde performances signaled a turn towards a more socially inclusive model—one that, unfortunately, proved financially unsustainable. More than thirty years after its demise, this artist-founded organization remains an inspiration for both the art it brought to the area and the impact it had on this city’s cultural scene.

But PCVA’s mythology as a leading-edge organization in one of the country’s most liberal cities is paradoxical. The exhibitions that brought it national attention reflected the social biases of an American art world that has long been less “progressive” than it has purported to be. Simultaneously, while Portland was being celebrated as a leader in urban planning—adopting urban growth boundaries and investing in bike trails and public transportation—it was engaged in the disinvestment in, and displacement of, its black and working-class communities. Given this layered context, how do we celebrate the PCVA’s extraordinary achievements while acknowledging that it bore some of the troubling qualities of its age? And in doing so, at what point do we risk falling victim to presentism; judging the past through current-day values and expectations?

This unorthodox exhibition, curated by Triple Candie, delves into these issues. Comprising unfaithful sculptural objects, spatial interventions, animated videos, tapestries, and hand-drawn documentation—all fabricated by the curators themselves— Being Present is designed to transport viewers, if only partially and somewhat unfaithfully, to this bygone moment. Like other Triple Candie exhibitions, it seeks to turn our articles of faith back on themselves. Moreover, it asks us to reflect on how we define cultural progress, and what art can, or should, do today.

About the curators: Founded in Harlem by two University of Washington alumni (Shelly Bancroft and Peter Nesbett), Triple Candie is a phantom curatorial agency that produces exhibitions about art, but without art. Its exhibitions typically consist of what it calls “surrogates”—reproductions, unfaithful copies, fake documentation, stage-sets, and other elements. Until 2010, Triple Candie presented these in its own space in Harlem. The New York Times described it as “Manhattan’s one truly alternative alternative space.” Since 2010, Triple Candie has been producing exhibitions and occasional performances across the U.S. and Europe. Recent projects include: If Michael Asher at the Grazer Kunstverein, Austria (2018-19); The Institute for Universal Uncertainties, Part II: Capitalism, Galerie Baumann and the Jindřich Chalupecký Society, Prague (2017); Kurt Varnedoe: In the Middle at the Modern, Telfair Art Museums, Savannah, Georgia (2017); Let the Artists Die (If They Want to) at NICC, Brussels (2014), James Lee Byars: I Cancel All My works at Death (2014), and Of the Siren and the Sky: All that Which is at the Edges of Whatever Might Be [An exhibition about the fugitive artist Sky Jones] at Utah Museum of Contemporary Art, Salt Lake City. Surveys of Triple Candie’s curatorial practice have been presented at the Addison Gallery of American Art, Andover, Massachusetts (2017) and Frac Île-de-France/Le Plateau, Paris. Today, Triple Candie is based in Washington, DC.

Being Present is curated by Triple Candie, in collaboration with Sara Krajewski, the Robert and Mercedes Eichholz Curator of Modern and Contemporary Art. Funding provided through the Miller Meigs Endowment for Contemporary Art.

This show was recorded remotely using Zoom on Monday June 1, 2020 during the coronavirus pandemic.