Politics and the Public House 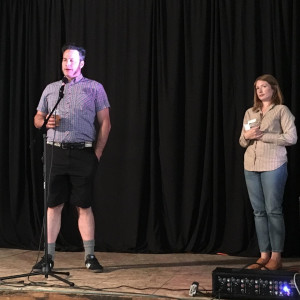 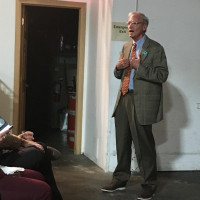 On this installment of Free Culture Radio we look at politics and the public house, featuring audio from Cider Riot's Abram Goldman-Armstrong, the Western States Center's Eric Ward, and the Oregon Justice Resource Center's Alice Lundell.

Britannica.com defines the "public house" simply as "an establishment providing alcoholic beverages to be consumed on the premises" yet for centuries it's been much more than that. As historian Beat Kümin wrote in 2007, "the public house was the political forum in early modern Europe. From the late Middle Ages, it accommodated oral, written an symbolic communication on public affairs, an increasingly well-informed body of patrons, a key broker (if not officeholder) in the person of the publican as well as -- in numerous cases -- local government business and institutionalized political debate." This tradition carried over to the American colonies and continues to this day.

Update Required To play the media you will need to either update your browser to a recent version or update your Flash plugin.
Download audio file
Topic tags:
Drugs, Humor, Faith/Religion/Spirituality, Community Building, Government/Politics

The World of Jazz
Summer Is Here