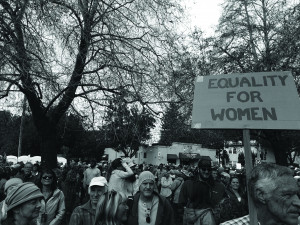 Against a domestic political backdrop of increasing incidents of racially motivated violence, mass shootings and fascist marches; one Texas congressman Rep. Michael McCaul is proposing a new bill which would broaden the definition of "domestic terrorist"  that could be used to censor protests of dissent. Joining us to discuss the implications of this proposed bill will be civil rights lawyer and 2020 candidate for the 10th district Michael Siegal.

Update Required To play the media you will need to either update your browser to a recent version or update your Flash plugin.
Download audio file
Topic tags:
Activism, Corporations, Government/Politics, Police