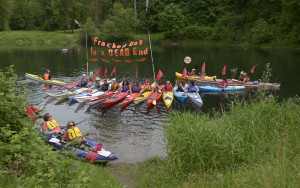 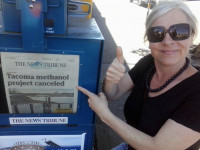 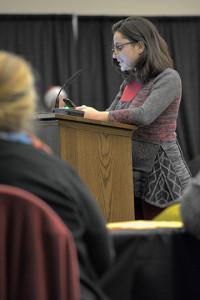 For nearly five years the community of Kalama has been fighting the world's largest methanol refinery proposed for the Port of Kalama. Until recently the community felt isolated and invisible as they struggled to stop this massive project, proposed by a Chinese-backed company, Northwest Innovation Works. This facility would import fracked gas from Canada and refine it into methanol, which would be shipped to China to manufacture plastics. But in the past year this issue has started to attract attention and support from communities across the Pacific Northwest.

On this episode of Locus Focus we look at why the Kalama methanol refinery has now become the focus of a regional climate campaign. We talk with two activists from the Puget Sound region who have been involved in the methanol struggle: Cecile Gernez, Conservation Organizer with Sierra Club Washington State Chapter, and Claudia Riedener, a ceramic artist and activist in Tacoma, who was pivotal in organizing resistance that stopped a similar methanol refinery from being sited in Tacoma three years ago.