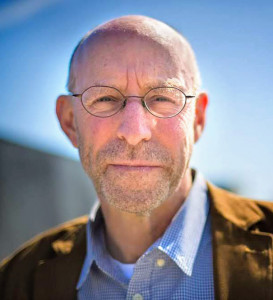 The legalization of marijuana across the U.S. and Canada is making headline news. The study of the medical uses of psilocybin (and other psychedelics) does not. Academic research of psilocybin found in hallucinogenic mushrooms, lysergic acid, and ecstasy is ongoing at major universities around the world. Peer-reviewed articles on the uses of LSD for alcoholism, micro-dosing of LSD for depression, and palliative care to help the terminally ill die peacefully. The Food and Drug Administration has approved some initial clinical trials. And psychotherapists are experimenting in both clinical and clandestine settings. There is a quiet revolution in the way doctors and government officials talk and think about psychedelics. In just a few years, some of these drugs could be publicly available.

Michael Pollan teaches writing at Harvard and the University of California at Berkeley. He is a contributing writer to the New York Times Magazine and the bestselling author of The Omnivore's Dilemma, In Defense of Food, The Botany of Desire and How to Change Your Mind: What the New Science of Psychedelics Teaches Us. Time magazine named him on its list of the one hundred most influential people in the world.

Grateful Dead and Friends
It's an Obsession But it's Pleasin'

END_OF_DOCUMENT_TOKEN_TO_BE_REPLACED

Grateful Dead and Friends
It's an Obsession But it's Pleasin'

The 5ive
THE 5IVE FM

END_OF_DOCUMENT_TOKEN_TO_BE_REPLACED

Film screening and discussion with filmmakers.