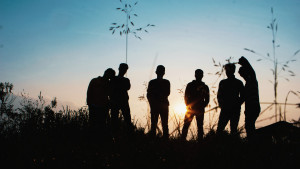 Resistance. How does one move from a position of dissent to resistance, direct action? As a political tactic resistance requires careful thought and must be freely undertaken. Practitioners include most famously Gandhi and Dr. King. It can come with a price. Both Gandhi and King were assassinated. Dolores Huerta, a major organizer and leader of farmworkers was arrested more than 20 times. John Lewis, the civil rights icon was severely beaten. What forms should resistance take? There is no one size fits all answer. Take Thoreau. He was opposed to the U.S. war on Mexico. He refused to pay taxes and went to jail. During the Vietnam War resistance took the form of men refusing to fight. Today young people in Extinction Rebellion and the Sunrise Movement, engage in resistance defending our planet against destructive corporations and the states that enable them.