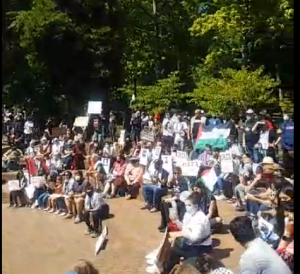 The recordings from this rally will air in two parts:

This is the second part of the rally audio. Click here to listen to the first part.

Update Required To play the media you will need to either update your browser to a recent version or update your Flash plugin.
Download audio file
Topic tags:
Activism, Civil Rights/Human Rights, Global Affairs