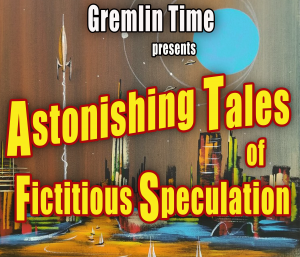 Tonight two adaptations of Golden Age Science Fiction presented on the legendary radio drama X Minus One. Two parents purchase an advanced entertainment system for their children. At first they worry that the two young ones spend practically all their free time with it. and then they suspect that the two are hiding something. From a story by Ray Bradbury, The Veldt. In our second story, Time And Time Again by H. Beam Piper, a young boy wakes up on his birthday believing he's been sent back in time from his own future where he is now a soldier, lying mortally wounded at a field hospital. Can he use this chance to change events and avoid this future war?

Update Required To play the media you will need to either update your browser to a recent version or update your Flash plugin.
Topic tags:
Arts/Culture, Fiction, Radio Theater
Genre(s):
Arts and Culture, Radio Theatre